One of SIMCenter’s focus areas is computational solid and structural mechanics. Researchers use state-of-the-art software for the modeling of complex geometries and joining techniques under linear and non-linear deformation

Reducing weight in the aerospace industry is necessary for high fuel efficiency and maneuverability. This is achieved by using lightweight materials and reducing the number of rivets in the aircraft’s construction.

A Boeing 747 has 6 million rivets that add up to approximately 60,000 kilograms, which is 20 percent of the aircraft’s total weight. Researchers studied new joining techniques such as high-velocity impact welding and fusion welding to replace unnecessary rivets.

Carbon fiber is a strong, lightweight material. In the automotive industry, it is used to reduce weight while still retaining high structural rigidity. However, since the material is expensive, it is mostly used in high-performance vehicles like the Acura NSX.

Modal tests were completed on each dishwasher component, and a CAE model of the dishwasher was created in ABAQUS to study natural frequency and modal analysis. The noise sources studied were the dishwasher’s motors, water pumps, and the sound produced from water impacting the internal walls and dishes.

The natural frequency study discovered sources of excess noise, and design changes were recommended based on this data. 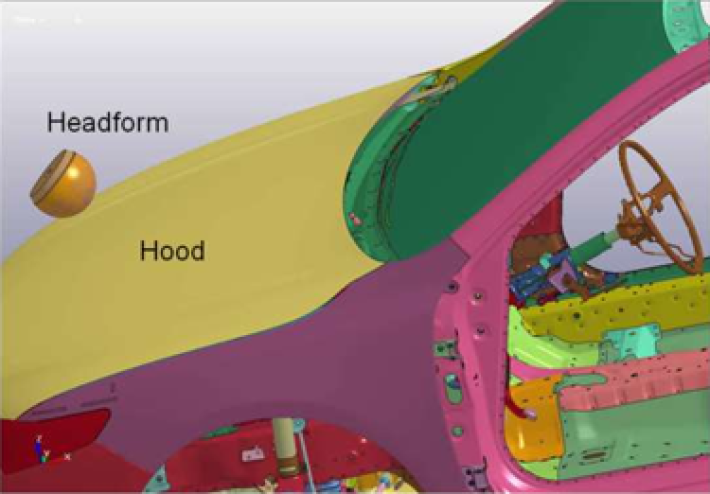 Coefficients of Friction in Simulations

Friction is the resistance between two contacting surfaces when they slide or roll against each other, and it plays an important role in simulations.

Simulations typically use standardized coefficients of friction (CoF), which are not always accurate given the material and geometry differences between different parts. Researchers studied how friction could be better represented in simulations, replacing the standardized values that are typically used.

Automotive crash test simulations rely heavily on accurate friction representation. Researchers used a pin-on-disc tribometer to measure the CoF between coated (painted) steel and rubber, and then they would apply this value in a pedestrian impact simulation.